I came across this letter in the Brighton and Hove Herald in the old reference library years ago, microfiche viewer hence poor quality of copy. Probably very early in the 1900’s post development of Rugby and Florence Roads. The letter is from an authorative source, Herbert Toms was the curator of the museum: 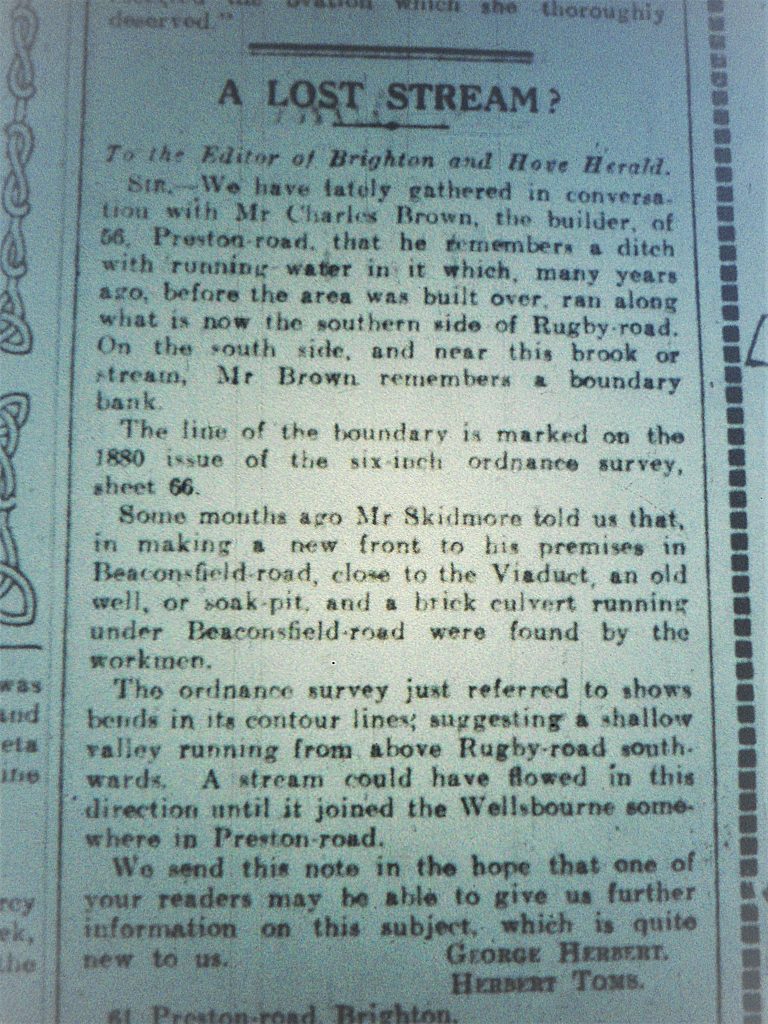 In 1853, William Stanford Jr, Lord of Preston Manor died, leaving his estate to his daughter Ellen Stanford. According to the will she was not permitted to sell any of the estate. Following her marriage to Vere Fane Bennett in 1867, she sought to alter the will, and in 1871 a special act of parliament (the “Stanford Estate Act” ) was passed allowing her to sell off the land, which she began doing in May of that year.

The farm land was divided into parcels, with the area that subsequently became Rugby Rd within Parcel 81. The present day border between southern Rugby Rd and northern Florence Rd gardens, corresponds roughly to the border between Parcels 81 and 80 .  Development of Rugby and Florence Roads began in the 1890’s.

Is there any evidence of a boundary or bank between the South side of Rugby Rd and the North of Florence Rd between the gardens?  Any old deeds that define the demarcation between the parcels?

Search the whole website for specific words or phrases