A few days ago Joanna of No 42 spotted an unusual visitor in her garden and wondered if it was a rare breed chicken. Peter and Gill of No 30, in whose garden the creature next appeared, believe it is a pheasant that has lost its tail. They kindly shared the following video. It has since flown off. Thank you everyone who enquired after the fate of the ‘chicken’… (as I described it in my email to members of this website). 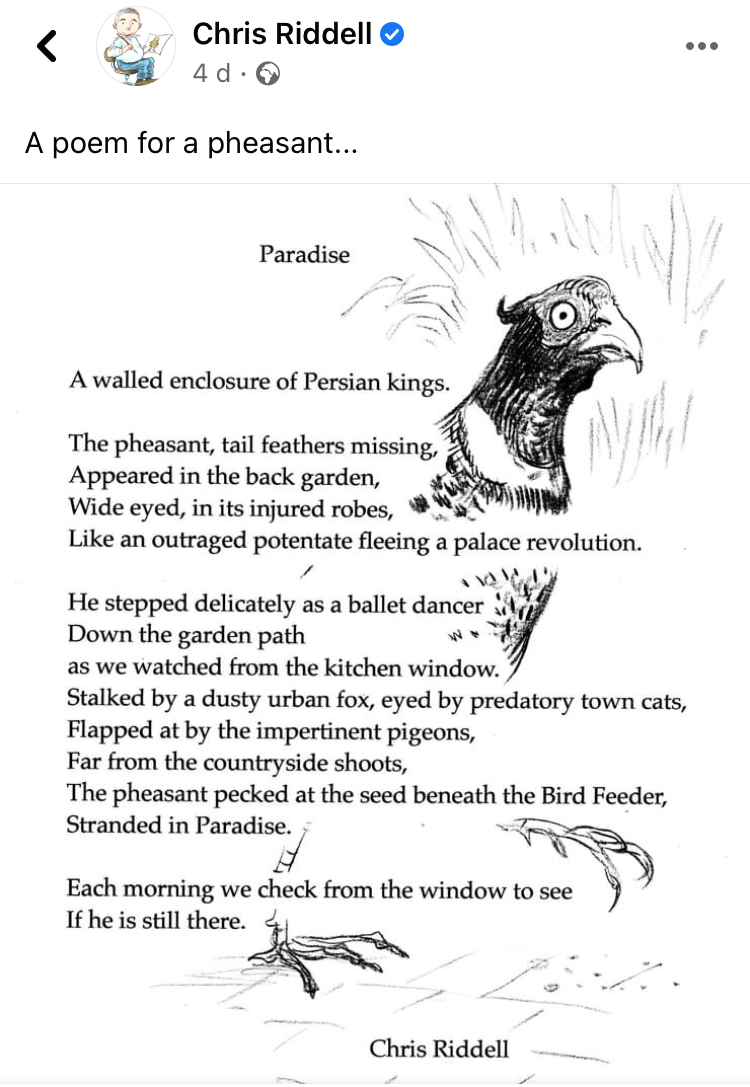 Search the whole website for specific words or phrases